The Government Hits H&R Block Where it Hurts 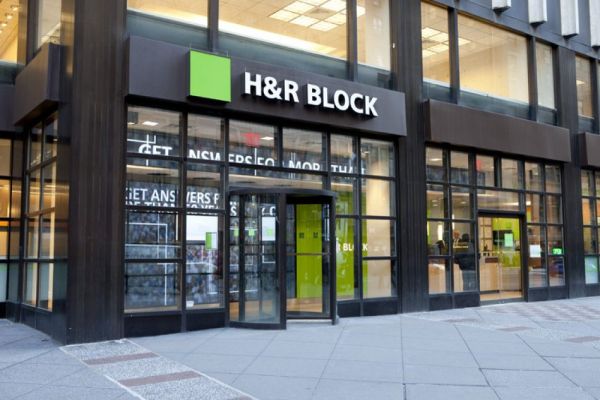 H&R Block has been preparing tax returns for people since it was founded in the great state of Missouri back in 1955.  Things have changed a lot since then, with the company’s 9,000+ offices now competing with the company’s own tax software as well as that of competitors.  But never in H&R Block’s history had something like this happened before…

The U.S. government gave taxpayers an additional 3 MONTHS to file their taxes.

The federal government wanted to give people a break due to COVID-19, and nearly all U.S. states did the same.  Even Canada extended its deadline to June 1, and the nineteen people who live there celebrated.

While this is all great news for taxpayers, it is a tragedy for H&R Block.  The tax preparation business is highly seasonal, with H&R Block losing money the other 3 quarters of the year.  Every year H&R Block counts on one big quarter to make a profit, and this year it was not to be.

Despite the fact that H&R Block had 80% of its tax centers open during the height of the pandemic, the company prepared 3.4 million fewer tax returns than the year before, which caused total revenue to decline nearly 15%.

If you’re thinking that people will just get their taxes done a few months later and it will all work out, H&R Block does not share your enthusiasm.  The company’s 10-K says this isn’t simply a case of income shifting from one period to the next.  Some customers might have chosen to use lower-cost tax software from a competing firm.  And the high unemployment might cause some customers to not even file a tax return.

H&R Block was concerned enough that it fully tapped a $2 billion line of credit.  It promptly violated a debt covenant based on the debt-to-EBITDA ratio, but fortunately the bank gave H&R Block a free pass and didn’t call the loan due.  This was quite fortuitous, as H&R Block has $650 million of senior notes coming due this year.

The company’s not in dire straits (it has nearly $700 million of cash aside from the line of credit), but it paid $400+ million to acquire a company (Wave Financial, which makes software that helps small businesses manage their finances) and probably figured it’d be nice to have an extra $2 billion laying around.  And in case you’re wondering, Wave isn’t doing too great either; H&R Block had promptly to take a $106 billion goodwill impairment.

Thus it was a rough year for H&R Block, with the firm going from a $422 million profit to a $7 million loss.  But even with all that pain the company still managed to eke out $108 million of operating cash flow, which suggests these tax pro’s will be just fine.

If you’d like to read H&R Block’s 10-K, or if you enjoy the thrill of sifting through long documents with boring language, click here: