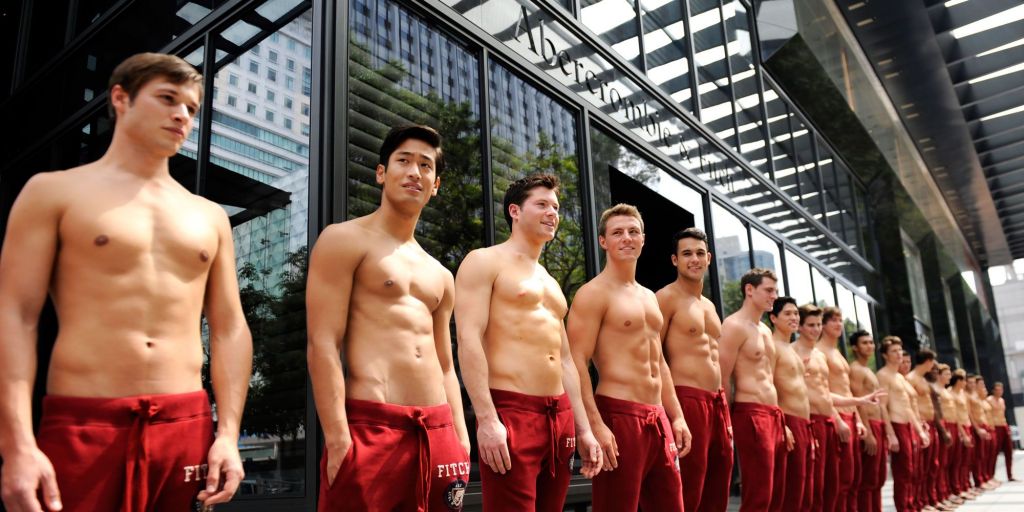 Abercrombie & Fitch and American Eagle both started as outfitters that sold gear and apparel to outdoor enthusiasts.  But in the 1980’s, each of these companies pivoted and began targeting young adults with casual apparel.  Then in the 1990’s, both companies went public and rolled out hundreds of new stores.

But this is where the similarities end.

After being purchased by Limited in 1988, Abercrombie & Fitch dramatically shifted its brand positioning.  The company began using nude models in its advertising and famously hired shirtless male models to stand outside its stores.  Abercrombie also developed the successful Hollister brand, which today represents 63% of Abercrombie’s 854 stores and nearly 60% of its revenue.

But the Abercrombie brand soon became tarnished:  its stores didn’t offer plus-size clothing (the CEO said the company targeted good-looking customers) and the company was hit with multiple lawsuits for its lack of diversity (particularly with respect to its hiring practices).  Same-store sales declined in both 2015 and 2016, and the company looked like it was on track to become another victim of the retail apocalypse.

But Abercrombie attempted a turnaround.  It moved away from using sex appeal in its advertising, kicked the shirtless men out of its stores, and began targeting a slightly older demographic.  Abercrombie hired a female CEO (Fran Horowitz) in 2017 and same-store sales increased a bit (a 1% increase in 2019).  She closed many of Abercrombie’s flagship stores and opened stores with a smaller footprint, while trying to increase online sales.  It seems to have helped, with sales per square foot increasing from $340 in 2016 to $362 in 2017.

American Eagle, on the other hand, is not in the midst of a turnaround.

That’s because it doesn’t need one.

American Eagle has had top-line revenue growth the past 5 years, with same-stores increasing from 3 to 8% annually during that time frame.  The CEO, Jay Schottenstein, has chaired the board since 1992 and run the company from 1992-2002 and since 2014.

Schottenstein oversaw the company’s launch of its Aerie underwear brand, which has stolen market share from Victoria’s Secret.  Aerie is sold in the 900+ American Eagle stores as well as 148 standalone Aerie stores.

But it’s important to note that both companies underperformed the market as a whole:  an investment in the S&P 500 would have turned into $179.  This is the challenge of operating in retail today, when consumers are less likely to visit malls and more likely to shop online.

American Eagle appears much better positioned to survive the retail apocalypse and COVID-19, but only time will tell.

I happen to know a college student who works at both American Eagle and Abercrombie, and she wasn’t too optimistic about Abercrombie’s future:

“most people my age still remember the Abercrombie from when we were 13…despite changing their target demographic and clothing style, Abercrombie has still struggled to bring in customers. Most of my friends haven’t walked into an Abercrombie in years.”

She said Abercrombie has been trying to transform itself into a “semi-luxury” brand, and is targeting middle-age females who don’t mind paying $120 for a linen jacket.

Thus, it remains to be seen whether Abercrombie can get past its image of shirtless guys.  It was a bold move, and it significantly reduced uniform costs.  But American Eagle appears to have picked the better strategy.