Netflix, founded in 1997, didn’t offer streaming until 2007.  But the company quickly shifted its focus from DVD-by-mail to streaming; during fiscal year 2018, 98% of revenue and 94% of profit was attributable to streaming.  Netflix organizes its streaming services into 2 divisions:

There has been significant variation in the performance of these two divisions. 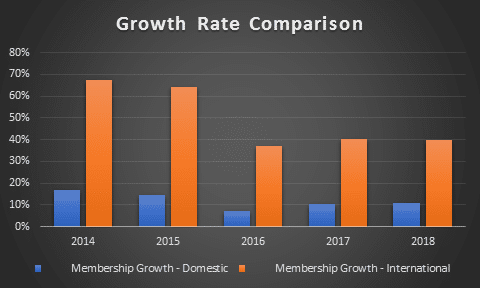 International streaming has come a long way from 2013, when it accounted for just 21% of Netflix’s streaming revenue. 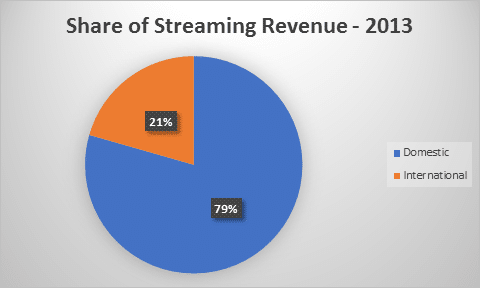 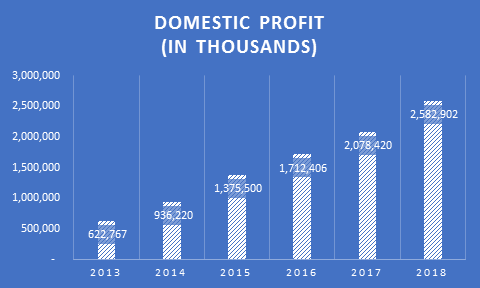 This isn’t to say things have been perfect, as I have discussed Netflix’s significant cash problems in another article which can be accessed here.

International streaming, on the other hand, did not become profitable until 2018. 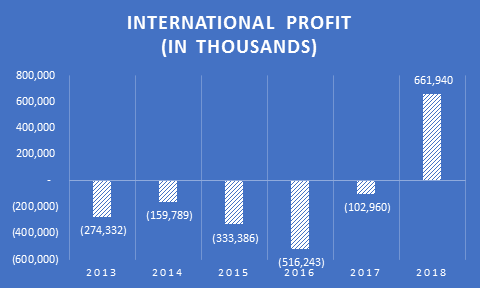 International streaming lost money for years because the cost of licensing and producing content was much higher than for domestic streaming.  This cost, which is included in Netflix’s cost of revenue on its Income Statement, can be expressed as a percentage of revenue to give you a sense of its scale. 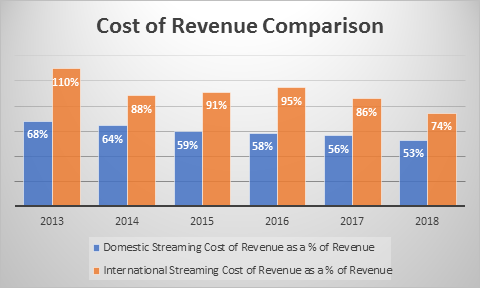 But what about the future?

Cost of revenue consists primarily of fixed costs, so it’s important to consider domestic and international streaming’s ability to scale going forward.  In other words, we need to figure out whether Netflix can grow to have enough members to become cash flow positive before it runs out of money.

We can gain insight into this question by examining Netflix’s cost to acquire a customer. 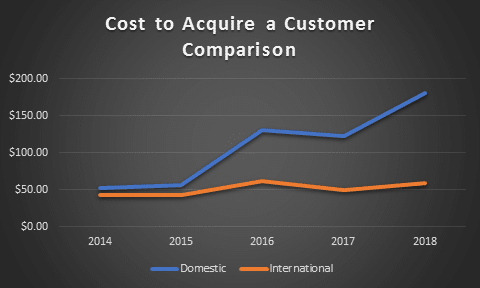 Why the significant difference in the cost to acquire a customer?

The domestic market is reaching a saturation point; 58 million people in the U.S. had a Netflix account in 2018, which is nearly 20% of the total population in the U.S.  Since Netflix offers membership plans in which multiple family members can be watching Netflix on different devices at the same time, Netflix will never be able to sign up the entire adult population of the U.S. even if it manages to dominate its competitors.  Thus, it is becoming very expensive to acquire new domestic subscribers, as all the low-hanging fruit has already been plucked. 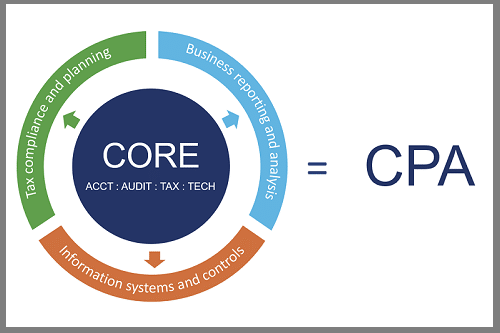 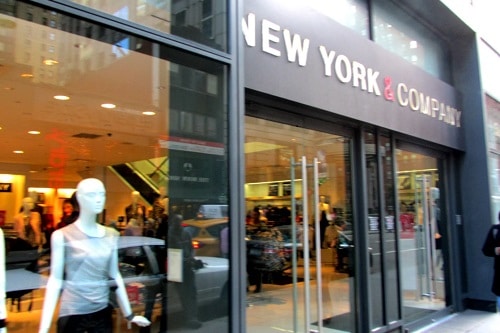 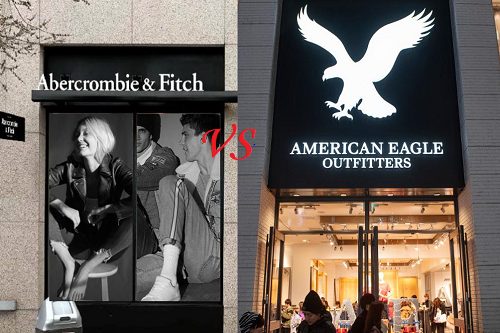