The company has impressed investors by consistently showing growth in top-line revenue.  Yet, Netflix hasn’t been able to achieve positive Operating Cash Flow in five years.  Netflix is burning through cash at a torrid pace with no end in sight.

Why hasn’t Netflix run out of cash?

Netflix is borrowing money like a college student who ran out of meal points.   Just take a look at the its debt-to-equity ratio.

Netflix was a debt-free company in its early years.  The company boasted positive Operating Cash Flow, strong sales growth, and a healthy Balance Sheet.  But around 2008, the company began taking on debt.  The Great Recession was occurring around this time, but the company continued to borrow even after the financial crisis.  Netflix’s acceleration of borrowing resembles the first climb for a roller coaster. 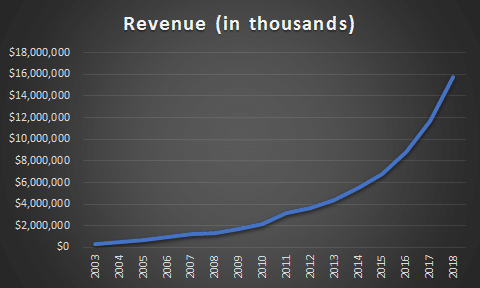 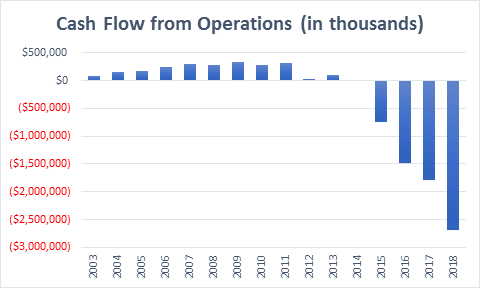 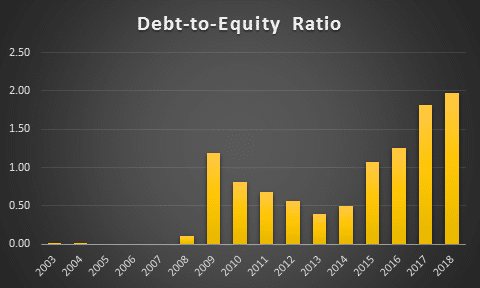 What’s the root cause of the problem?

There are two related issues:

With Netflix positioning itself as the leader in streaming after the Qwikster debacle in 2011, Netflix faced significant pressure to add more streaming content.  The increased demand for content resulted in higher prices.  Netflix tried to circumvent the higher licensing costs by producing its own content, but producing movies and TV shows is also expensive.

The cost to license and produce content is the #1 reason Free Cash Flow fell off a cliff. 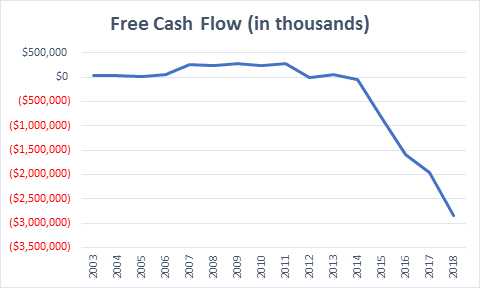 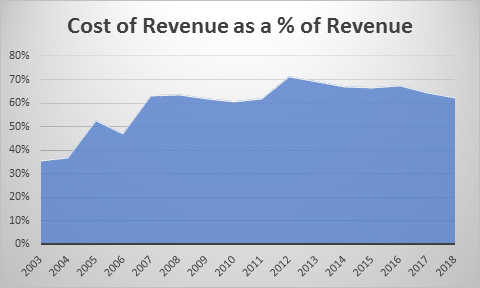 Cost of Revenue ate up 63% of Netflix’s revenue in the 2018 fiscal year, which reflects the increased cost of licensing and producing content over the past 15 years.

It’s not going to become cheaper to produce or license content anytime soon.  There are substantial fixed costs associated with providing content to subscribers and there isn’t much Netflix can do about this.  While the fixed costs are high, the marginal cost of serving an additional subscriber is very low.  If a new person signs up for a Netflix account right now, this costs Netflix next to nothing.

Netflix is a company that was built for scale.

Content costs aren’t coming down, so Netflix simply needs to continue its massive subscriber growth in the hopes that it will reach a critical mass where it becomes cash-flow positive.  Whether Netflix will reach this point before lenders stop giving the company money is an open question. 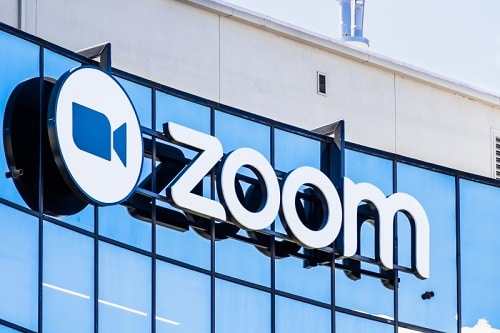 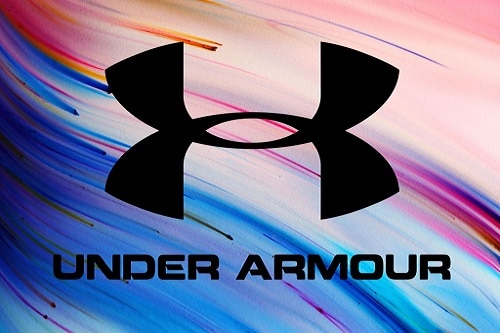