The Container Store: to impair or not to impair, that is the question 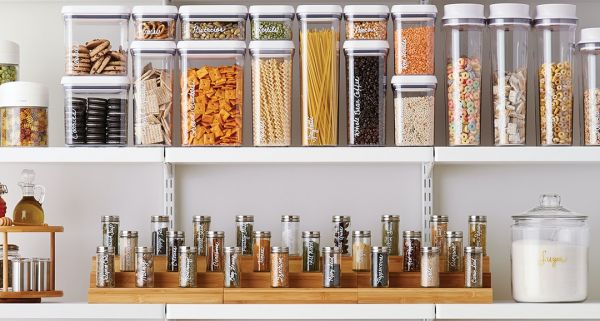 The Container Store filed its 10-K nearly a week late because it had to assess whether its goodwill and fixed assets had become impaired.

Let’s start with the fixed assets.

For The Container Store, this primarily consists of:

These fixed assets are evaluated for impairment whenever the carrying value of the asset may not be recoverable (in other words, when the expected cash flows from the assets might be lower than the value listed for the asset on the Balance Sheet).

What’s a good sign that a fixed asset might not be recoverable?  There are multiple factors, but the pertinent one here is that there’s been a significant change in customer demand.  The Container Store had to close all 93 of its retail stores.  Because The Container Store isn’t exactly known as a powerhouse of online retail, this means it had very little sales revenue after closing it stores.  And if it has no sales, then it makes sense that its fixed assets might not be able to generate a lot of cash.

But here’s where things get sketchy… how do we know how much cash a fixed asset will produce?  In short, we really can’t know.  This involves significant managerial judgment, as we’re trying to predict the future.  The Container Store’s executives had to make predictions about how long stores would be closed, as well as projections about future cash flows thereafter.

This isn’t an exact science.

The executives ultimately decided an impairment wasn’t required, and the auditor (Ernst & Young) signed off on the audit.

Frustrated yet?  You’re not alone.

Companies hate testing for goodwill impairment because it’s time-consuming and difficult to estimate the value of various companies you acquired every single year.  This is why the FASB has been thinking about getting rid of annual impairment testing, and simply requiring firms to amortize goodwill over a period of time.

Ultimately, The Container Store executives decided not to take a goodwill impairment either.  And lest you think this was a trivial accounting matter, consider this:  The Container Store had $147 million in fixed assets and $202 million in goodwill as of March 28, 2020.  If the company had impaired just 5% of its fixed assets and goodwill, this would have turned the company’s $14.5 million profit into a nearly $3 million loss.

Oh, and here’s the link to The Container Store’s 10-K, in case you suffer from insomnia or enjoy reading about customizable closets: